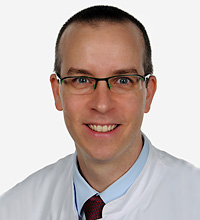 Plenary Session 3 presentation title: “The use of Artificial Intelligence in kidney biopsy evaluation”

Professor Peter Boor, MD, Ph.D.
Chair of Translational Nephropathology, Senior Consultant, Head of Electron Microscopy and Digital Pathology at the Institute of Pathology of the University Clinic of the RWTH Aachen

Professor Peter Boor received his medical and scientific training at the Medical Schools of Bratislava in Slovakia and Aachen Germany. His focus on kidneys and kidney disease pathology and pathophysiology developed very early during his medical studies and was further expanded in various departments at the Comenius University in Bratislava Slovakia and the RWTH University in Aachen. Peter Boor is a senior consultant pathologist with focus on renal pathology at the Institute of Pathology in Aachen with a dual appointment at the Department of Nephrology in Aachen. Since 2018 he was appointed as chair of Translational Nephropathology at the Institute of Pathology in Aachen. He is the head of Electron Microscopy Facility and Digital Pathology.

Professor Boor is a member of several national and international societies of pathology, nephrology and renal pathology. He received several prestigious awards from these societies. His group, the LaBooratory of Nephropathology, was established in 2010 and focuses on in vivo animal modeling of kidney diseases and translational research, with particular focus on diagnostic biomarkers, imaging, digital pathology and AI, novel treatment targets for CKD, renal fibrosis, renal vasculature and proliferative glomerulonephritides. His scientific work encompasses about 200 original papers, reviews and editorials, and several book chapters.